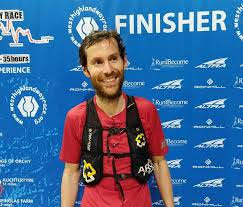 The 95mile race is one of the longest established ultra races in the UK. It is held over Scotland’s most popular hiking trail, which runs from Milngavie just north of Glasgow to Fort William at the foot of Ben Nevis, the UK’s highest mountain.

While most mortals are happy to walk  “The Way” in a leisurely few days with overnight stops,

It is traditionally held on one of the weekends closest to midsummer,

This year will be the 36th running of the event since the first edition in 1985,

(See history of the race HERE )

Rowan Boswood, 2019 winner is back for another effort., his winning time of 15 hours 14 minutes and 42 seconds making him the 4th fastest athlete over the course and 6th fastest ever time . Rowan is also a previous winner of the Ochil Hills 50 mile Ultra. Victory at April’s Highland Fling Race, run over the first half of the full Highland way indicates he is in good form.

Another returning runner is Rob Payne who came second in 2019.  Unlike Boswood who is Edinburgh based, Payne is based in Lincolnshire so access to hills and more technical trails isn’t easy.

Payne appears to be in good form. He made the trip to Scotland to take part in the open race at the Anglo Celtic Plate 100km in early April. His time of 7:13:38 Indicates his  speed endurance is good .He followed that up a month later with a win and new course record in the decidedly more technical 50mile Pennine Barrier Ultra in the Yorkshire Dales

Al Higgins, a Scottish expat living in Dublin comes to his first WHW race with much experience.

A former 4th place finisher at the Spartathlon in Greece, a double winner of the Belfast to Dublin 100 mile race and a Scottish vest at 100k are among his former achievements.

Other Scot’s to look out for are Dundee’s Robbie Dunlop. Robbie was third at Aprils Highland Fling behind Boswood. He is also a previous winner of Scotland’s 55mile Cateran Trail and a double winner of the Ochil Hills 50 mile race.

Among the women entrants, Lauren Swanton-Rouvelin who will be travelling up from Devon for the race has plenty of experience at this distance. Among her previous achievements are three Podium places in Cornwall’s iconic 100 mile coastal trail, the Arc of Attrition, a win at the 85 mile Ridgway challenge and a fourth place in Lakeland trails 100km in 2021. In January this year she also completed the winter Spine race.

Saki Nakamura a Japanese national currently living in Glasgow could also be one to watch. Previous recent results include a top ten finish at Lakeland 100 in 2021 and victory at this Aprils 82km Keilder Ultra.

Saki, was entered in last years cancelled race, but attempted a speedy solo running of the course last summer. While coming up a little short, it will be interesting to see how she goes in proper race conditions this year.

Two Scottish runners to look out for are Alison McGill and Lynne Allen who both ran for Scotland at the Anglo Celtic Plate 100km race at Perth in April.

Alison had a big breakthrough when running 8.02:34 for 5th lady at April’s 100KM road event in Perth. She is a previous winner of the Devil ‘o the Highlands race and the Tweed Valley Ultra. it will be her first long race beyond 100km.

Other Scottish based runners  in the field to watch could be Jacqueline MacIntyre from Fife who was 3rd at Aprils Highland Fling R ace and Aberdeen based Alice Mezincesu winner of the 71 mile Great Glen Ultra in 2021.

Although we have highlighted a few runners who should be contending for men’s and women’s podiums, every runner in the race has their own story to tell. Whether they are aiming for their 10th finish or attempting their first West Highland Way and their longest ultra to date. All the entrants will have been on their own special journey to get themselves on the start line.

2 runners of note amongst the field are worth highlighting. Neil MacRitchie and Fiona Rennie are among a select group of 5 runners who have completed a record 15 Races.  Here is hoping they are both successful and claim their 16th goblets.

Both are phenomenal times that will take a good well prepared and well motivated athlete to come close to challenging.