Pre race, a lot of talk was of whether Rosie Bell, in her 10th running of this race could achieve her third win.

In the ladies race Glasgow based American Jamie Aarons, was an early leader reaching the Balmaha checkpoint in 2hours 58minutes almost 8 minutes ahead of Lorna Macmillan. Rosie Bell (Strathaven), twice a winner of the race, arrived a further 5 minutes back, clearly shaken having taken a painful tumble on the steep descent off Conic Hill. The checkpoint crew and her own support quickly assessed and patched up her badly swollen knee. Any ideas Bell may have had of now being “competitive “ seemingly gone, the vastly experienced runner nonetheless headed off up the loch. ‘I felt if I kept moving the pain would ease off eventually, and if I hung around too long, the knee would probably seize up’

Aarons who was 3rd in her only other attempt at the race in 2010, reached Beinglas Farm in7.20.33 The field was now well stretched out and she was now holding a comfortable 30 minute lead over McMillan with Carnethy’s, Myvanwy Fenton-May now in third another 30 mins

The top three positions remained unchanged right up to Glencoe, which Aarons reached 13.28.58. She had built up almost an hour lead. Behind her on the stretch over Rannoch Moor, Macmillan seemed to struggle and after being over 20 minutes ahead of Fenton May at Bridge of Orchy (60 miles) they both reached Glencoe (70 miles) within a minute of each other.

Aarons although feeling ‘generally relatively good’ was having bad foot issues, suffering from blisters and bashed toes, entailing several short walking breaks over the rough terrain over the Devils Staircase and on the steep descent into Kinlochleven.

Here she still maintained almost an hour lead,(15.55) but it was May, in her first attempt at the distance who was proving to be going strong in second,(16.51)now well clear of Macmillan (17.36).

Although also slowing over the stony Larig Mhor she was still well clear of May and kept her form well to reach the finish in 19.28.23in 8th place overall and putting her 6th on the all time ladies rankings for the race.

Rosie Bell, showing immense endeavour to complete the course, rounded out the top 6 ladies. Despite having run the last 75 miles with a ‘battered knee’, she recorded 22.32.45, and joined a select band of runners who have completed 10 West highland way races.

Aarons was obviously delighted with her victory. Talking a couple of days after the race, (Tuesday) she commented. ‘I had two goals coming into the race. The first was to improve my time from 2010 (19.54). The second was not to fall and get injured, as I had done in the Hoka Highland Fling back in April. I managed to achieve both, but falling in this race is a potential hazard for all of us, anytime and anywhere.

I only heard at the top of the loch at Beinglas, that Rosie had taken a bad tumble. I have so much respect for what she has achieved in this race over the years. I am sure but for that, she would have been up there challenging in the latter stages, when she is usually strong. It’s just amazing she toughed it out to finish.

I was having my own feet issues by the time I got to Glencoe. My feet were all bashed up and blistered like they have never been before, and I was literally having to go tip toeing along at some stages over to Kinlochleven, it was so sore. I seemed to be going so slowly on that stretch that I felt sure the gals behind would be catching me. My crew, Caroline (McKay) and Andy my partner, reassured me at Kinlochleven that I was still comfortably in the lead, but it was only after the Lharig Mhor stretch, approaching the sheep pens before Lundavra, that I really felt that winning was now possible.’

When asked what was next on her schedule, she said ‘Well I am off to a boxing fitness class in half an hour. My feet are still bashed so I have told the coach, I wont be able to do much on my feet , but am up for any amount of sit ups or push ups! In two weeks time, I am doing the Kindrochit Quadrathlon, which should be fun.’

(Check out the event website, it’s a wee adventure around Loch Tay involving an open water swim, kayacking , a34 mile cycle and a 17 mile yomp over 7 munros!!). Later in July I am hoping to join a friend for a Bob Graham attempt, and in late August, I am teaming up with Carrie (Craig) again , as we have just heard we have an entry for the Goretex Trans-alps event again. I know that sounds a lot but it really seems like a rest year compared to the Munro year of 2013′ (NB Jamie completed all the Scottish Munros’s in a calender year in 2013)

Fenton May in what we believe was her first race beyond 53 miles at the Fling seemed visible moved after finishing in second place just over the 20 hour mark. Experienced ultra runners will know that feeling well, as the enormity of what one has achieved slowly starts to sink in.

3rd place MacMillan summed her race up like this,

‘After being unwell last year, and out of running for a few months, I was delighted to be back on the start line of the WHWr. Throughout the race my legs felt strong, but from Conic Hill I battled the desire to sleep and mentally it was my toughest day running yet. I managed to hold on to 2nd place until Glencoe Ski Centre when a very strong looking Myvanwy sailed out of the checkpoint ahead of me. Keeping hold of the 3rd spot became my aim, alongside just getting to the finish line, and when the leisure centre appeared it was a very welcome sight! The first thing I said over the line- “I can’t wait until next year”!! I love WHWr.’

For Rosie Bell, the satisfaction of completing her 10th West highland way was tinged with some disappointment.

‘Definitely have the “if only” feeling as I know I was capable of getting close to last years time (19.02)

Did my usual ease into race looking forward to daylight, felt great till bang down I went about a mile out of Balmaha, so angry at myself for falling. My first instinct was to get up and keep moving in case knee seized up. The pain was intense, eventually numbing the more I could keep running on it. The support of my crew, fellow runners and they’re crews, marshals even down to folks walking the way was totally amazing and of course the thought of that decanter awaiting me.

Alan keeps reminding me 22hrs 32mins is still a good time and excellent considering my injury, only us competitors will understand that “yes “/ “if only “!!!!!  Compulsory rest, hopefully no lasting damage and back to training soon’

In all 32 women finished the race this year which we believe is a record. Among them being Fionna Rennie clocking her 11th finish, and Marion MacPhail from Dumfries, who at 61 years young, reset her record as the race’s oldest female finisher. 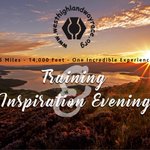