The event has a new title sponsor in ALTRA, the footwear company, very popular with many ultra distance runners. Previous title sponsor RON HILL will still be involved as a supporting partner.

The event is one of the most iconic ultra distance races in Great Britain.  The 95mile trail on undulating trails and paths runs from Milngavie, just north of Glasgow, to Fort William at the foot of Britain’s highest mountain Ben Nevis.

Entries to the event will be open throughout November 2019.  300 entries will be accepted and if as usual entries surpass this number a ballot will be held. The 2020 event will be held on the weekend of 20th/21st June when runners have 35 hours to complete the course

“Ron Hill have been involved with the West Highland Way Race for many years, and during this period have been an excellent and very supportive partner.  It is great that this will continue, and we are delighted to extend this by welcoming the ALTRA brand on board as the race’s title sponsor. I know that many of the Scottish ultra running community are big fans of Altra’s trail running shoes, and I look forward to a long and successful partnership.”

Matt Bond from Outdoor Sports Company who distribute ALTRA in the UK has welcomed the new arrangement.

“In what will be the 35th year since the birth of The West Highland Way Race and the 50th Anniversary of RON HILL, we are delighted to continue our support of this iconic race and move ALTRA to the fore as the headline sponsor.  With ALTRA footwear having its roots firmly embedded in the world of long distance trail running it is with great excitement that we announce this partnership with one of the world’s longest established ultra-marathons.”

Sports Company (OSC). Since taking over the UK distribution for ALTRA, they have become very popular with runners of all distances with a particular following amongst ultra distance competitors. 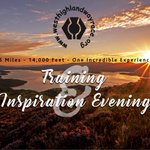